After nine months I was excited that the Vice President of Ingles was going to visit the store. We make sure that we were in Grand Opening condition and that every department was manned by the department head for his visit. Upon arrival I had my notebook in hand and was ready to take notes. First note was to get rid of the kid shopping carts that I had purchase for the children shoppers (this had been a big hit for parents with children). Next note was the remove the big Coke display from the front of the store (over two thousand dollars a week sale from this display). We continue the walk for several aisles until I was called to the front for a check approval. I handed the notebook to the zone manager and hurry up front.

Upon returning he commented on how clean the store looked and the freshness of the perishables ask why so many displays in these departments. I answer that was my way of cross merchandising high mark product to help increase sales. We then hurried through the rest of the store without any more questions. After the walk he went to the zone manager’s office to make some calls. A little later he left.

I felt like the walk must have went well. We had great customer service in all departments and the store conditions I believed were great. However, my zone manager had a short meeting with me after the store walk. He said the only comment he got from the vice president was that this was not a Kroger store and for me to turn it back into a store that follow all of Ingle’s guidelines. It was late so he decided that he would walk it with me tomorrow to get the store back on track. This was a Friday night. That night I discussed it with my wife who as a teacher had a better salary than I did as a store manager. We decided it would be best to go back to school and pick up the needed classes to teach. So, Saturday the decision was made to leave the world of retail. I had spent twenty plus years in this world. What was next.

That Sunday I turned in the store keys and felt a wonderful comfort and a new found relieve. Working seven days a week ten to twelve hours a day and then being told your work did not measure up to the company’s standards made me realized I was in the wrong career. However, the feeling that a new career was on the horizon gave me new hope for the future. 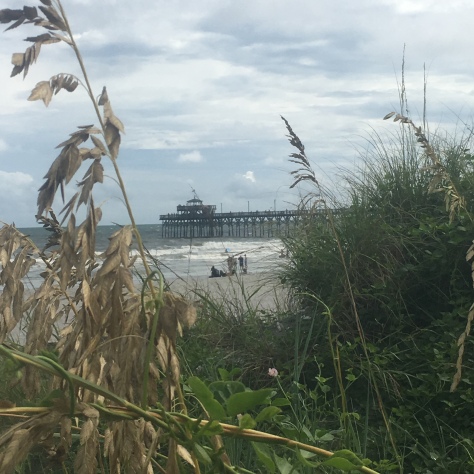